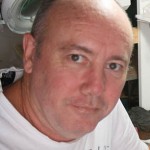 My work aims to explore the connections and contrasts between art and craft, power and subjugation, relativity and interrelatedness, constraints and limits and the relativity of time, in themes that derive meaning from my conceptual understanding of the human condition and its position in space and time. The basis for my visual arts practice draws on a long career as a professional musician in avant-garde jazz, rock and classical forms juxtaposed against more recent professional practice as a lawyer and further supported by training in the electronics and building industries in the past.

The presentation of my work aims to provide a context that provokes a commitment to the act of viewing, aids in the understanding of my work and promotes a dialogue between subject/object and viewer, and accordingly, artist and viewer.

‘Locked Out’ is a multi-conceptual piece that explores issues of marginalisation and exclusion. The elements of the object (the key, link and lock) are carved from a single piece of Guatemalan Jadeite wherein the key cannot reach the lock and, indeed if it could, the key cannot enter the lock. Normally the lock and key are inter-dependant objects however in this piece they show signs of their independence.

‘Locked Out’ aims to open a dialogue on the inability to participate on an equal basis arising from the power imbalances between participants. For example, in the political arena where policy using the language of marginalisation and exclusion (the lock) is announced, there is a growing tendency for those on the other side of politics to accept the language rather than directly opposing the language. ‘The discussion we have to have’ is in fact a monologue where the issues of minorities (the key) are marginalised and excluded. Hence, the interdependence fails and independent power is retained.

Exclusion and marginalisation in a post-modern digital world often occurs in the use of the ‘social’ (mass) media wherein individual social media users (the key) are often ignored by broader groups of social media users (the lock). Power tends to congregate with users who are more adept with the language of social media. In the academic/artistic field we see exclusion and marginalisation occurring in dialogues on fine arts and crafts wherein crafts are considered a lower status. Arts that do not meet the approval of the reigning power base become the avant-garde, outsider arts and in the extreme, decadent arts.

On a feminist view, ‘Locked Out’ explores the power imbalances and sexual tensions between the sexes, the key being the male and the lock the female. The heart shape negative space surrounded by an outer rim designed to shield the inner, signifies the maternal and female sexual power whilst the Peridot stone set in the male counterpart signifies male dominance. While the lock and key can lay in easy friendship there is nevertheless features that are not compatible, in this case the key cannot enter the lock. Thus the interdependence can never become mutually dependant.

The fact that the three elements of ‘Locked Out’ are carved from a single piece, also illustrates the fundamental importance of the connection between all kinds of binary argument, in that both sides of the dialogue are mutually dependant on each other and are inextricably linked to each other. 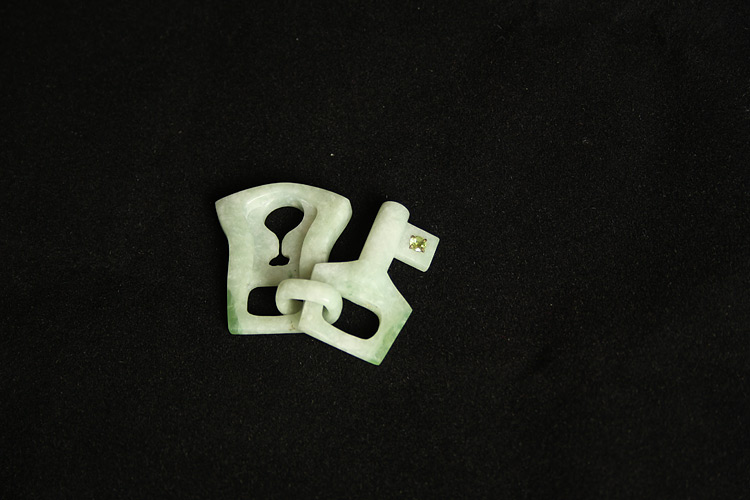 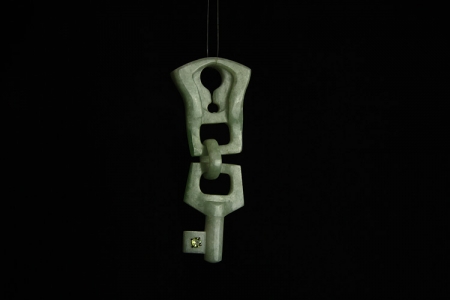 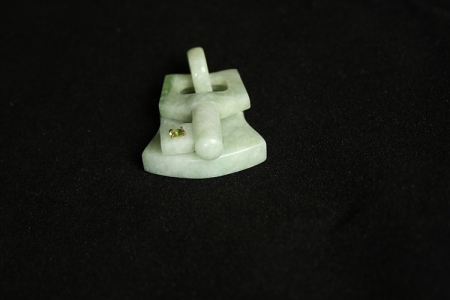 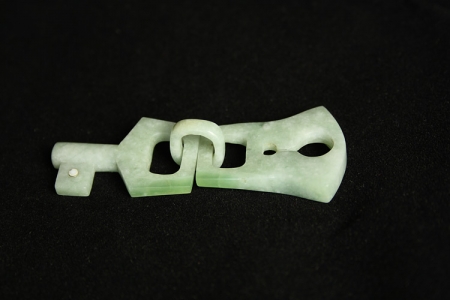 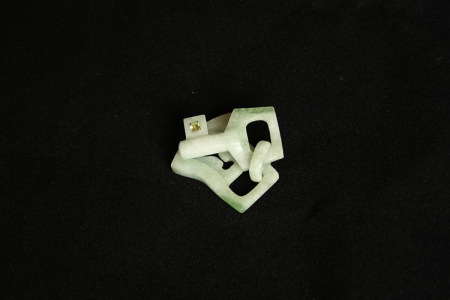 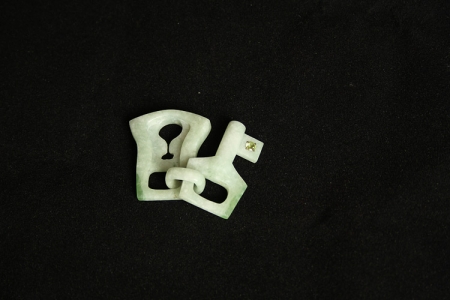 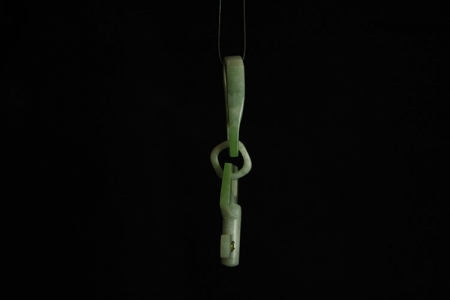 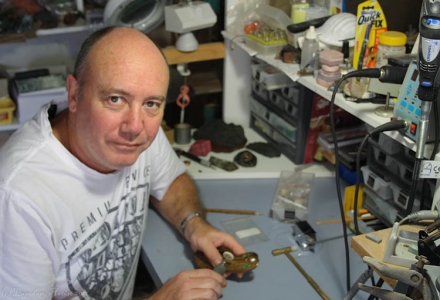 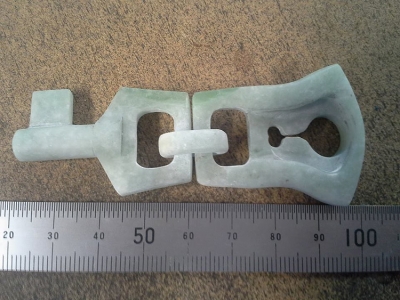 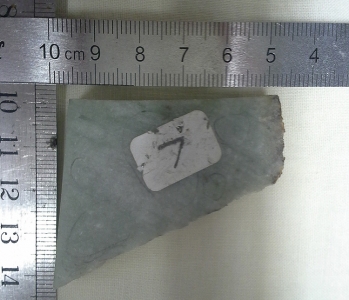 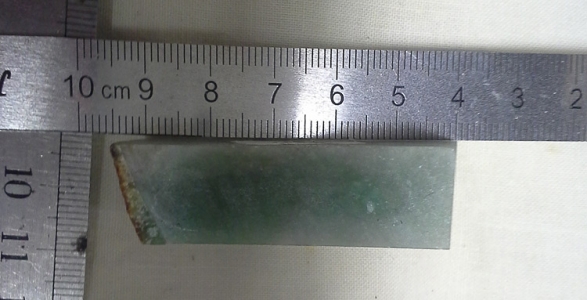 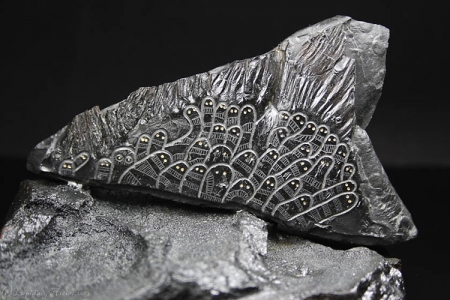 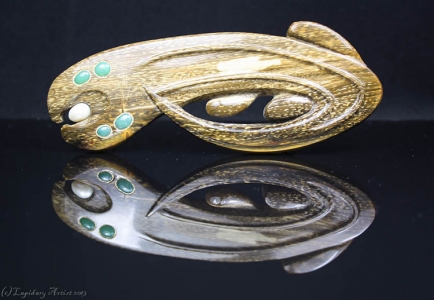 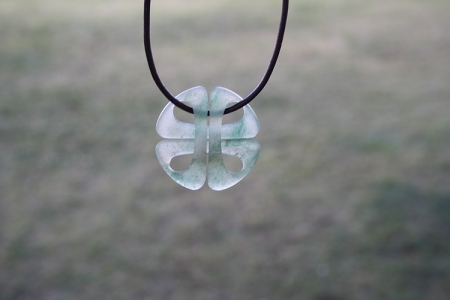 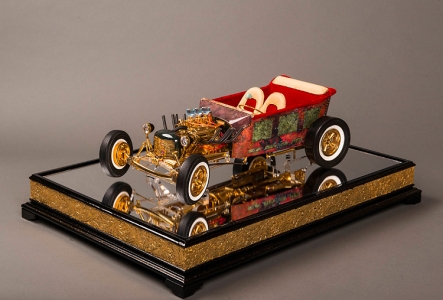 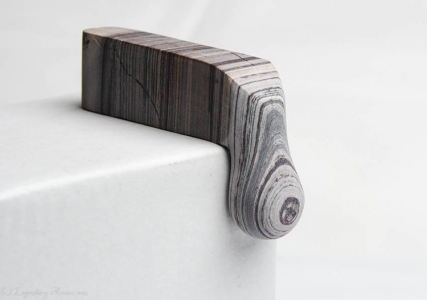 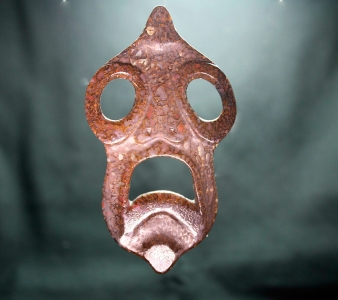