GK Tabs is a simple widget which can be used for displaying other widgets in the tabs: 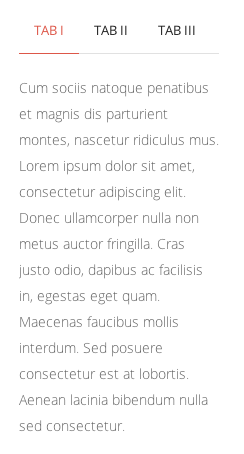 The configuration of the widget, similarly to the GK Comments widget, is really simple: 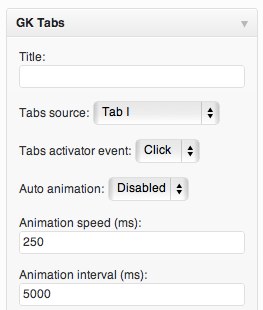 The most important option is the Tabs source – this option specifies the sidebar used as the data source of the widget. Especially for the GK Tabs widget, we have created three special widget areas – Tab I, Tab II and Tab III – these widget areas don’t exist on the theme and they can be used in the GK Tabs widget to avoid problems with the duplicated widgets.

So, for example, in order to achieve the GK Tabs widget layout as in the first screenshot, you have to put the widgets on the Tab I sidebar as following:

The other options are strictly connected with the widget interface: